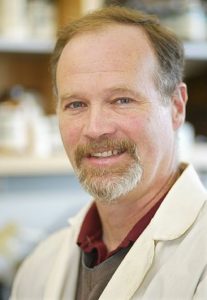 Biologist Kenneth R. Miller, Ph.D., will lead a St. Mary’s University audience through a discussion of whether science and religion can coexist or whether the two approaches are destined to remain at odds.

Miller will present “Darwin, God and the Cosmos: Is Faith Still Relevant in a Scientific World?” as part of the MacTaggart Catholic Intellectual Tradition Lecture Series at 7 p.m. on Wednesday, Sept. 19, in the University Center, Conference Room A.

Modern science was rooted in western religious thought, nurtured in universities established for religious reasons, and owes some of its most significant discoveries to scientists who were also people of faith. With the help of Miller — a Professor of Biology at Brown University — the crowd will navigate seemingly conflicting views of religion and scientific thought.

Miller is also life sciences adviser to PBS NewsHour and coauthor of the nation’s leading high school biology textbook. His books include “Finding Darwin’s God: A Scientist’s Search for Common Ground Between God and Evolution,” and “Only a Theory: Evolution and the Battle for America’s Soul.”

This free, annual lecture series features men and women who have shaped the Catholic Intellectual Tradition, which is at the heart of the educational experience at St. Mary’s. The theme for 2018’s lectures is Faith and Science.

Those traveling to campus can park in Lot D, near the NW 36th Street entrance, or Lot H, near the Culebra Road entrance.