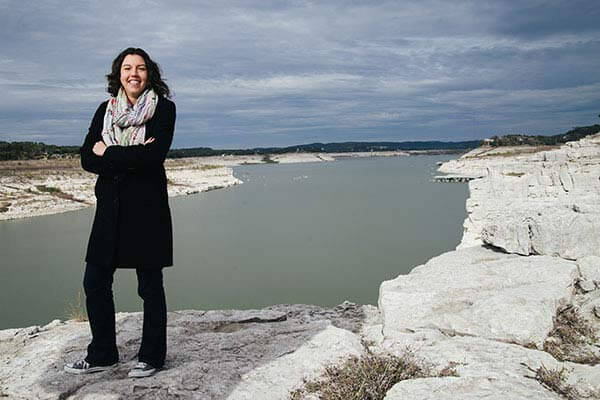 Assistant Professor of Law Amy Hardberger does not remember a time when she wasn’t obsessed with water.

While other little girls would have been throwing tea parties for their dolls, a young Hardberger and her dad, former San Antonio Mayor Phil Hardberger, would run outside in the rain and dance in what she described as impromptu “thunder parties.”

“Water, in my family, was never something you stayed inside for,” she said. “You sat on a porch, or you ran out in it and jumped around in puddles. There was a merging of the two worlds — I didn’t come from an indoor or outdoor world.”

While most city dwellers have grown so used to turning on the tap that they rarely give it a second thought, Amy Hardberger’s love of water first led her to become a hydrogeologist and then an assistant professor at the St. Mary’s University School of Law specializing in water law and policy.

In addition to her teaching duties, she relentlessly advocates for creating a dialogue around water issues that affect us all, such as calling for answers to tough questions on affordability and water demand surrounding the San Antonio Water System’s $3.4 billion Vista Ridge pipeline project. Last fall, San Antonio’s city council members voted in favor of the project, which aims to deliver water from the Carrizo-Wilcox Aquifer in Burleson County to a burgeoning San Antonio populace.

“Water is so multidisciplinary, which is both its blessing and its curse,” she said. “So few people understand that there is nothing that you do — whether it’s eat a burger or put on blue jeans — that does not have a direct water impact.”

Because all humans require water, some countries have begun to think of the right to water as a human rights issue, Hardberger said.

“There is a growing thought, whether it’s explicit or implicit, that you simply cannot deny someone water,” Hardberger said. “There’s a long history of that conversation and it started with the understanding that there’s a human right to life. You can’t murder people. That’s not just against the law; it’s against the laws of nature, which is one of the sources of human rights. So water seems to be a natural corollary to that.”

Some countries, such as India and South Africa, have gone so far as to add the right to water to their constitutions, though the results have been mixed, she said.

“It’s an ongoing struggle because we have always tied water to revenue,” she said. “Revenue pays for infrastructure; it’s not just someone lining their pockets. In most places, a utility is technically a nonprofit but that doesn’t mean they don’t need the money to run.”

In the United States, the conversation about water as a human right has evolved more subtly. Hardberger sees it in low income relief programs that help those who can’t afford to pay their bills and in the efforts by utility systems and others to ensure drinkable water reaches colonias along the border.

Though she reminisces about spending childhood summers on family farms in West Texas — staring at the barometer and savoring the scent of the air after a rain — Hardberger said being involved in water law and policy in San Antonio is like being “at the heart of the beast.”

“San Antonio has been, in many ways, the laboratory for Texas water, particularly groundwater,” said Hardberger, who highlights the Edwards Aquifer Recovery Implementation Program, whose stakeholders engaged in conversation to create a workable conservation plan.

She said the rule of the majority does not work when faced with complex water issues.

“You have to understand other people’s interactions with water,” she said. “We all have a right to it, so we all have to be at the table. But that rarely happens.”

Viewing the shrunken volume of Medina Lake, it’s evident why the discussion of water must continue in the classroom and beyond.

“We don’t want the rest of the state to go the way Medina Lake did,” Hardberger said. “Medina Lake is in a really bad place geologically. But also we just use a lot of water. It may never fill up again.”

When she’s teaching law students about water issues she starts by asking them, “Why do we have water laws?”

Asking students what communities hope to achieve with water laws sets the stage for evaluating whether the statutes really work to reach those goals.

“I have access to a lot of good minds every year,” Hardberger said. “Giving students the skills to question not just their outside environment, but also how we do things, so that they’re not just turning on their [water] taps mindlessly, is a great privilege.” 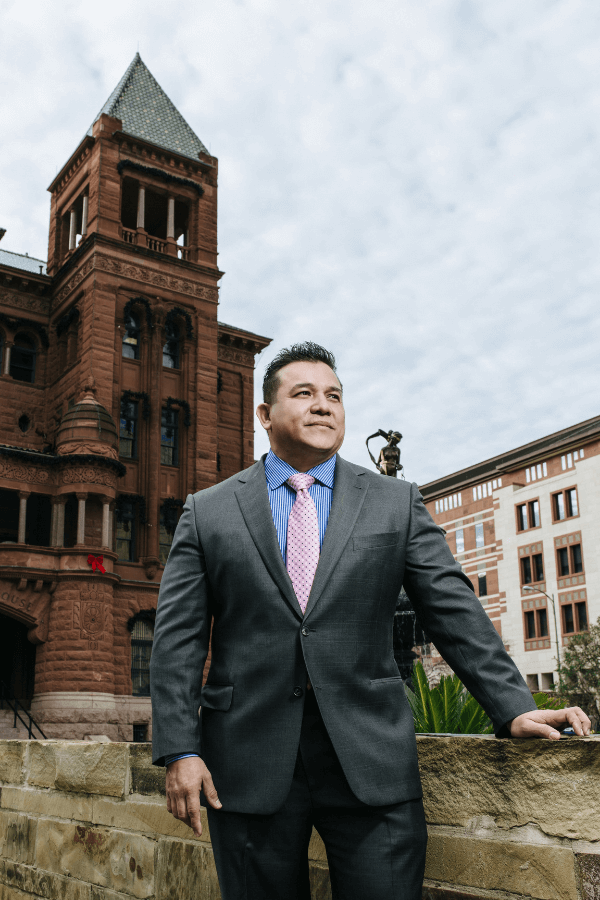