A $1.5 million gift from a donor who wishes to remain anonymous will establish the San Jose Endowment to promote the Catholic intellectual tradition at St. Mary’s University.

The University’s educational mission is based on the Catholic intellectual tradition. Catholic intellectual tradition sees the universe as God’s creation and all knowledge as linked, with the potential to lead students incrementally to a closer understanding of God and the nature of things, including truths about the meaning and purpose of human life. The endowment will provide for the pursuit and promotion of this core principle. 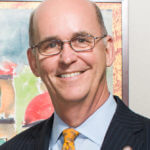 “Because we are a Catholic and Marianist university,” said President Thomas Mengler, J.D., “we encourage all our students – undergraduate, graduate and professional – to explore who they are, what really matters, and how they ought to live as servant-leaders. All areas of study can lead to a broad-based view of the world and commitment to a faith-filled life. This holistic education ensures that St. Mary’s is an integrated University fostering the formation of future leaders in our communities, rather than an institution of silos providing only technical, unduly narrow instruction.” 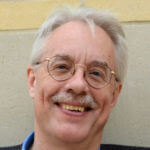 The gift will support the work of the faculty member who holds the St. Mary’s Chair in Catholic Philosophy, currently Glenn “Chip” Hughes, Ph.D., and professors who seek to enrich their understanding of Catholic intellectual tradition and integrate it into their teaching and scholarship. The San Jose Endowment’s support for faculty may include stipends or release time for attending workshops, seminars, programs, lectures, conferences and retreats as well as for the cost of hosting similar programming at St. Mary’s.

Finally, the endowment will benefit the soon-to-be-established Center for Catholic Studies, which will explore Catholic and Marianist views on the most pressing social policy issues. It also will examine the Catholic Church in society and culture, including issues related to the Church’s presence in the Southwest and the growing nationwide Hispanic presence in the Church and other Christian denominations. Funding will support the activities of the Center’s director and faculty as well as bring in distinguished visiting scholars.

The Center will serve the region as a forum for Catholic intellectual thought, similar to the Cushwa Center at the University of Notre Dame.