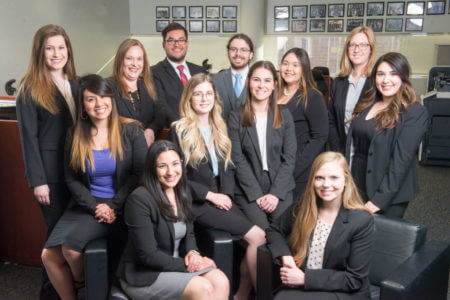 The editorial board of Volume 50 of the St. Mary’s Law Journal.

For the past 50 years, the St. Mary’s Law Journal has been punching well above its weight class, becoming one of the most influential legal journals in the nation.

As the current editorial team works on Volume 50, current editor-in-chief Katherine Spiser Rios, a third-year J.D. student, feels the pressure and importance of the Law Journal’s tradition of excellence.

“We have an opportunity to reach out to the wider legal community and take topics that either have extreme legal importance or are of legal interest, and put our spin on it,” Spiser Rios said. “These are things that make you think as a practitioner, judge or a member of the legal community.”

It’s challenging and exciting, she said, adding that simultaneously handling “the responsibilities of the Law Journal is a lot.”

“A lot of times, you’re running on empty,” Spiser Rios said. “In that environment, there are a lot of big personalities, and learning how to adapt your leadership style and how to come together to still produce good work is a major skill.”

Martin Beirne (J.D. ’69), the Law Journal’s first editor-in-chief, realized how influential a law review could be while clerking for a law firm in downtown San Antonio.

“I gained a deeper appreciation for law reviews. I had to do a lot of research, and I could see so many of the courts and lawyers relying on journals’ scholarship,” Beirne said. 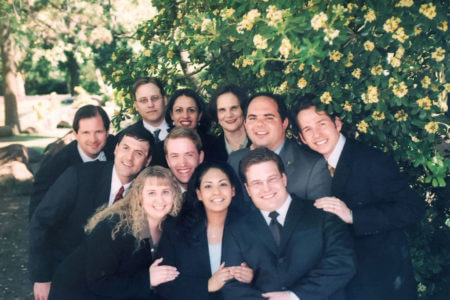 The editorial board of Volume 34 of the St. Mary’s Law Journal.

That scholarship, Beirne noticed, was not only from other practicing lawyers, but also from students.

He approached then-Dean Ernest A. Raba (B.A. ’34, LL.B. ’37) about the creation of a law journal, who then appointed an exploratory faculty committee to research the idea. A year later, the faculty committee decided a law journal would be critical for the law school “to grow in stature and reputation.” Students formed a board and staff of writers, and Beirne became the editor of Volume 1.

The students received a lot of support from the local community. Banks would take out ads in the Law Journal, while members of the legal community helped underwrite some of the first projects, Beirne said. Even more notably, the Law Journal received articles from Texas Supreme Court justices for publication in its early issues.

“Producing a law journal is a very scholarly enterprise in terms of research, writing and editing. They would have been establishing that enterprise within a faculty that was largely not publishing research then,” said Professor of Law Vincent R. Johnson, J.D., LL.D. “It was a fundamental shift in the culture of the law school.”

“Being able to structure your legal writing — learning how to support your argument and weave your argument — that was really important,” Green said.

As a judge, Green finds law reviews useful to determine how a particular legal issue has been handled historically, how it is viewed presently and how judges should look to interpret it in the future. 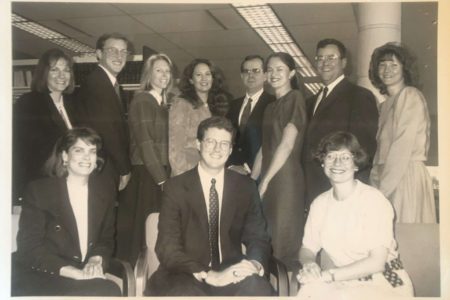 The editorial board of Volume 21 of the St. Mary’s Law Journal.

“Some portions of it are so highly regarded that they’re kind of the be-all and end-all,” said Justice Melissa Goodwin (J.D. ’93) of the Third Court of Appeals, who was a senior associate editor on Volume 24. “For example, I do appellate work, and W. Wendell Hall’s Standards of Review is like the Bible.”

Standards of Appellate Review in Civil Appeals, first published in Volume 21 (1990), is one of the Law Journal’s most cited articles. It has been updated five times since, with another update coming this year.

The Law Journal has had a significant impact on the development of law related to attorney conduct and the ethical standards to which lawyers and judges are held, Johnson said.

“Civil procedure is what makes the legal system run. Standards of Review and many other articles have improved that area of law and made it understandable,” he said. “We’ve played a very important role in examining what the courts do and how the legal system can be improved.”

Given the Law Journal’s influence over the years, third-year J.D. student and current senior associate editor Michael Lichtmacher said it is a tremendous honor to be part of the Volume 50 staff.

“Once an article is out there, it’s out there for the entire world to see, and people will make judgments on the quality of your legal education based on that article,” Lichtmacher said. “We have an obligation to uphold the reputation of the journal and to live up to the expectations that have been set.”