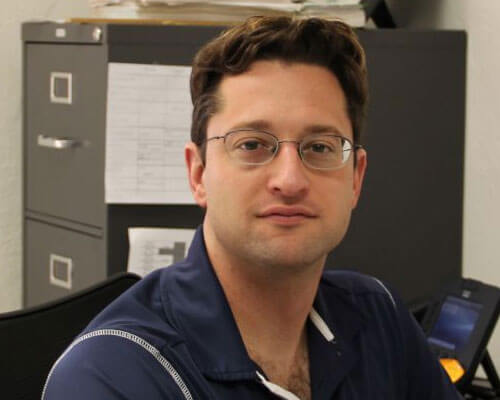 Richard Lombardini, Ph.D., was born in Lubbock,Texas, where he attended Texas Tech University. After four years of majoring in chemistry and doing undergraduate research in biology through the TTU/HHMI Undergraduate Research Program, he decided to pursue a different direction: the theoretical physical sciences.

After receiving bachelor’s degrees in both Mathematics and Chemistry, he pursued a Ph.D. in Physics at Texas Tech, which was completed in August 2006. His dissertation work explored the use of wavelet-like functions as a basis set for solving the Schrodinger Equation modeling nuclear motion of atoms within a small molecule.

After graduation, he moved to Houston for a postdoctoral fellowship at Rice University under the guidance of Bruce Johnson, Ph.D., in computational chemistry and physics. The use of wavelet functions in computations became a recurring focus of his research; however, he did dabble in theoretical calculations involving nanophotonics.

Lombardini has a wide range of theoretical and computational interests and is open to mentoring undergraduates in research projects of all shapes and sizes. Quantum Field Theory has become a new interest of his, and he hopes to contribute to this field of research as well as devise teaching strategies to successfully explain some of its basic concepts to undergraduates.

When he is not lecturing, grading, reading or thinking deeply, he loves to run and has completed numerous full and half marathons.