Gerald E. Poyo, Ph.D., resolved to tell the story of St. Mary’s University’s history with the intention of uncovering its Hispanic historical narrative. What he found was the University’s foundation, from the very start, was rooted in a call to serve Mexican children.

“This was unexpected,” said Poyo, the O’Connor Chair for the History of Hispanic Texas and the Southwest, who spent the last two years combing through the National Archives of the Marianist Province of the United States, which are housed on campus.

“When we think of St. Mary’s as being a Hispanic university with about 60% of the population being Hispanic students, we know the history of 40 years ago when it used to be a predominantly Anglo-American school.”

People might assume that the University transitioned to serving Hispanics in the 1960s and 1970s, when there was a resurgence of Hispanic students at St. Mary’s.

With the help of Public History graduate student Edgar Velázquez Reynald and others, Poyo has created an exhibit on Latinos and Marianist education in San Antonio which will officially open in January 2020 at the Marianist Archives and will develop their findings into a book.

Education for all children

The first boys’ school in San Antonio, which would evolve into St. Mary’s University — called the St. Mary’s Institute — was founded by the late Rev. John Marie Odin, the first Bishop of Galveston, to teach Mexican American children in San Antonio. Upon visiting the city, Odin was dismayed by the poverty he observed. The community needed a school.

In 1851, Odin traveled to Bordeaux, France, after hearing about the progressive education the Society of Mary provided in several countries. Odin implored the Superior General of the Congregation for teachers so he could establish a school in San Antonio, but was denied.

Odin’s request required multilingual teachers because San Antonio was a melting pot of different cultures and languages. But well-educated teachers were already in high demand by existing schools. After a second attempt, the Marianists granted him three brothers based in Europe and Brother Andrew Edel – a professor at the St. Mary’s Institute in Dayton, Ohio – who would direct the school.

Upon arriving in Texas, the brothers mastered English and converted a shop to a schoolhouse that opened on Aug. 25, 1852. By year’s end, the school grew from 12 pupils to 100 of many nationalities and faiths.

“St. Mary’s was a school that had Mexicans, French, Germans, Polish and Anglo-Americans — all in an integrated multilingual and multicultural environment at a time when the city and country were moving toward more and more segregation,” Poyo said. “They really founded the school against the grain.”

“They really founded the school against the grain.”

In March 1853, the new building on the San Antonio River opened and soon expanded.

By 1853, five teachers were spread thin across a growing student body.

Odin intervened and financed the voyage for two brothers from France to San Antonio after Edel spent nearly a year waiting for the Superior General’s response to his pleas for help. The transportation cost was too significant for the school because many students could not afford tuition. Odin’s financial assistance brought to St. Mary’s Brother Eligius Beyrer and a young brother, Charles Francis, who would grow with the school and weather some of its most challenging times.

With two other teachers called to Dayton and a student body swelling to more than 200, Edel’s pleas for educators continued. The Superior General dispatched one teacher before the Civil War stymied additional help.

Though educating more than 300 students by the end of the Civil War, the Rev. John N. Reinbolt, then the Provincial Superior of the United States, was not convinced of the school’s need to remain open – until his 12-day study of the school changed his mind.

The end of the war also gave rise to a new era for the school led by Francis, who began enlarging the school in 1867.

Building additions and adding new teachers allowed the school’s academically challenging curriculum to be accompanied by theatrical and music performances, and commencement at which students demonstrated their intellectual and artistic abilities to their families, making the school a top pick for students even as competitors opened.

Feith began to grapple with the school’s ability to properly teach Mexican children due to language barriers in the late 1880s. Communication remained an issue despite encouraging faculty to learn Spanish.

“Later into the century, they segregated the poor Mexican kids for very complicated and difficult reasons,” Poyo said. “They established the San Fernando Cathedral School, which I had never heard of in conversations about St. Mary’s history. The primary school belonged to the Cathedral, but was run by the Marianists from 1888 to 1927.”

The school was located on Laredo Street in the Mexican American community.

The Marianist brothers taught thousands of Mexican American children at the segregated school, which students from St. Peter’s Orphanage attended. Some of the most promising students earned scholarships to St. Mary’s College.

In 1891, the Marianists purchased 75 acres from the West End Town Co. for $1 on the condition they would begin building a school within a year.

“When St. Mary’s College could no longer accommodate a growing number of students, the Society of Mary established a new campus on the West End. Named St. Louis College, it served as a boarding school with curriculum and rigor similar to the downtown campus, which became a day school,” Poyo said.

“St. Louis College, almost from its inception, enrolled a large Mexican and Tejano student body from the Mexican border region and interior,” Poyo said. “Unlike the children of the local Tejano community, these students came from affluent families who could afford tuition.”

The name St. Mary’s University took hold in 1927 and evolved into the campus of today with a focus on academic excellence for its diverse student body.

Though Poyo’s research continues, this fall he is working on displaying an exhibit of his early research at the Marianist Archives.

“It was a real joy and pleasure to look at these images, which a lot of people haven’t seen,” Velázquez Reynald said. “The Public History program has allowed me to mold my interests in museum science, film and communications. With just this one semester that I’ve completed, it has delivered on all its promises and more.”

“The Public History program has allowed me to mold my interests in museum science, film and communications. With just this one semester that I’ve completed, it has delivered on all its promises and more.”

“Referring to universities like St. Mary’s as Hispanic-serving is a term everybody is using these days, but what does it really mean? What are the obligations associated with taking on that designation?” Poyo said. “I’m hoping that our work can help answer those questions.” 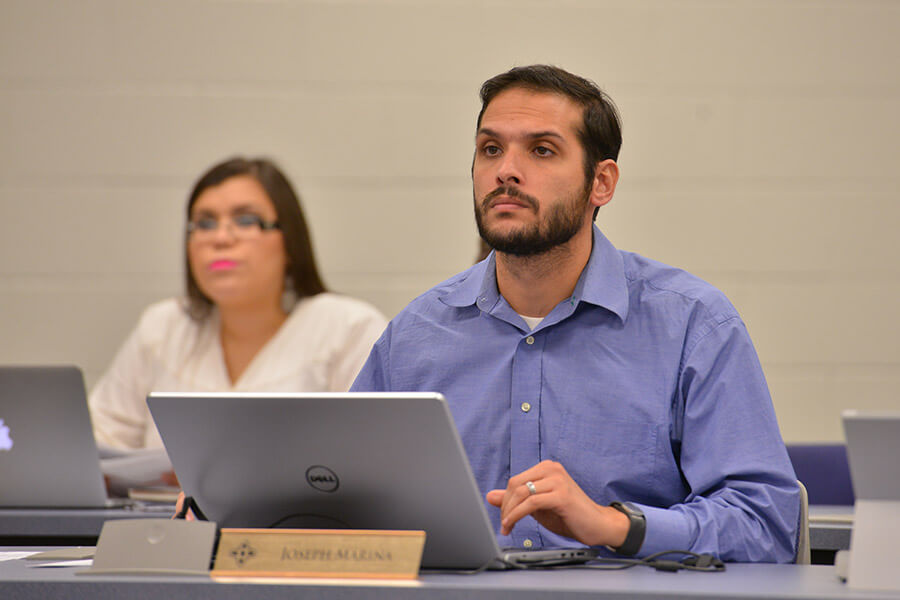 Predictions show the world will generate 163 zettabytes of data annually by 2025, according to the research group IDC. Businesses are forecast to create and manage 60% of that data. 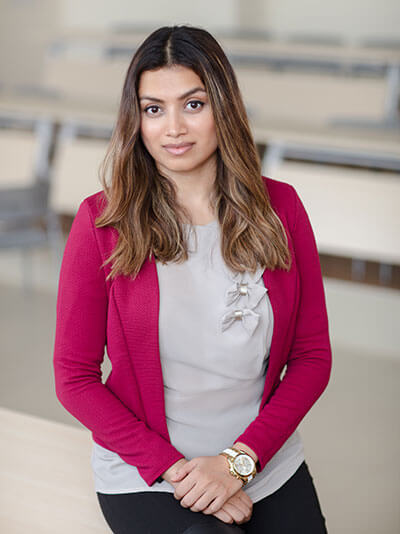 During high school in India and with her family, Sunitha Jenarius (B.S. ’06) remembers teaching math, science and English to young girls in slums. “The high school I went to was run by nuns,” Jenarius said. “Every Friday, we brought onions and potatoes to the people living in the slums.” 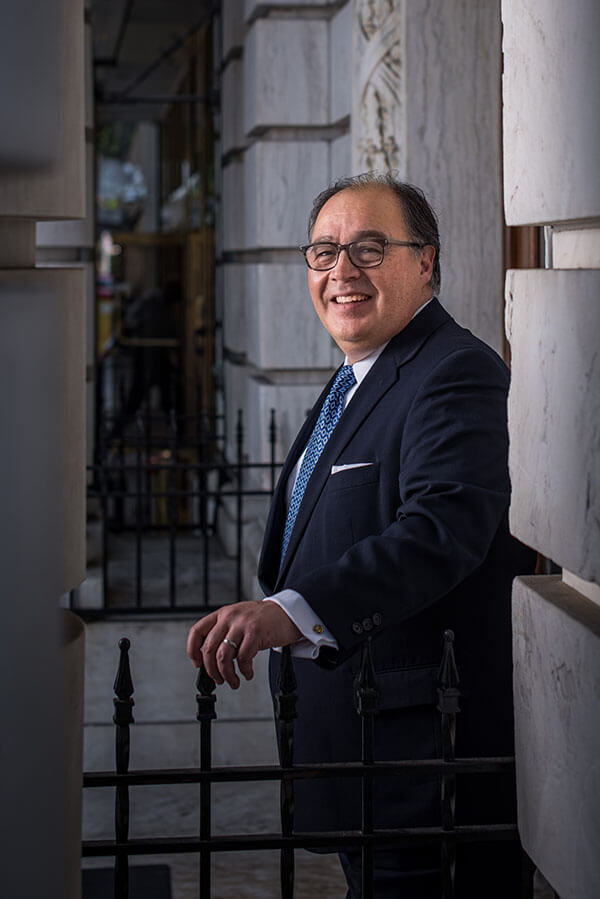