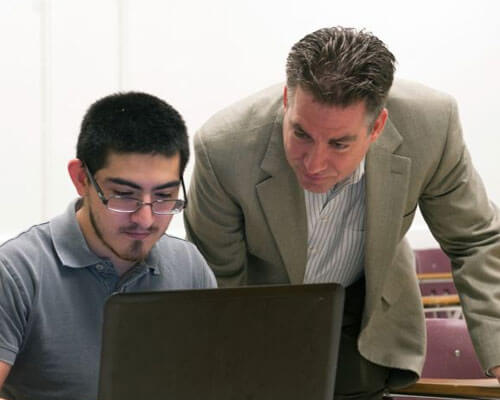 Buhrman’s research interest is probably best described as theological anthropology. He investigates the role of Christian teachings about Christ, salvation, and grace in interpreting our experience. At the same time, he is particularly interested in the way our experience of freedom poses important questions for theology to answer meaningfully for the culture in which we live. This often leads him to an interdisciplinary focus in theology and literature, but also to other areas such as Black Theology of Liberation or consideration of the relation of theology to modernity.

“The Critical Role of Assessment in Faculty Governance,” Academy of Educational Leadership Journal

“Narrative Testimony of Kierkegaard and Rowling; Fidelity as the Basic Criterion of Substitutionary Atonement,” Renascence: Essays on Values in Literature, 63.4, Summer 2011:273-286.

“Learning Outcomes as Statements of Value: A Proposal,” presented at the National Conference of the Association of Institutional Research

“Faith, Grace, and Community in the Evangelii Gaudium and the Encyclicals of Benedict XVI,” presented at the Southwest Commission on Religious Studies

“Learning Outcomes and Values: Some Suggestions from the New Institutionalism,” presented at the International Organization of Behavioral and Social Sciences

“Assessment that Supports Faculty Governance,” presented at the Conference of the National Association of University Professors