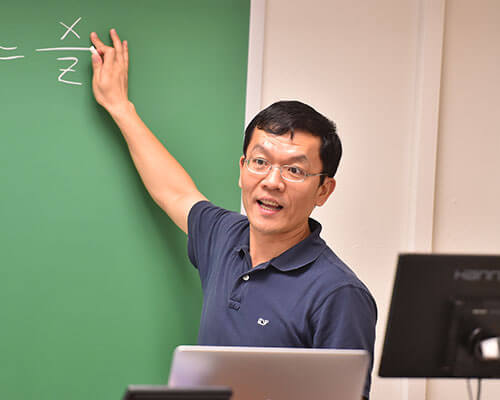 Wenbin Luo, Ph.D., received a bachelor’s and master’s degree in Electrical Engineering from Fudan University in Shanghai, China, in 1996 and 1999, respectively. He received a second master’s degree in Statistics and a Ph.D. in Computer Engineering from the University of New Mexico in 2002 and 2003, respectively. In addition, he received the Stanford University Advanced Computer Security Certificate and Software Security Foundations Certificate.

Some of Luo’s accolades include earning the 2001 Outstanding Graduate Student Award from the School of Engineering at the University of New Mexico and the 2008 Distinguished Faculty Award from St. Mary’s University. A St. Mary’s engineering department faculty member since 2003, Luo is an active researcher in the areas of computer security, digital image processing and hashing algorithms. He has published numerous peer-reviewed technical papers in leading research journals and professional conferences. In 2009, he received the best paper award at 24th International Conference on Computers and Their Applications.