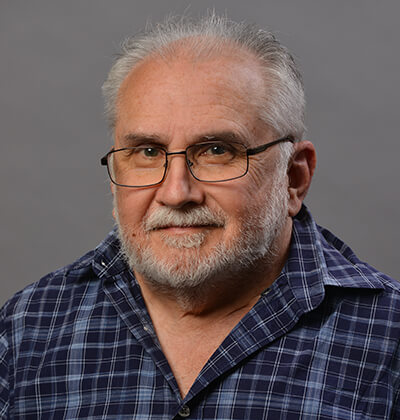 Robert Boyd Skipper, Ph.D., was captivated by philosophy during his sophomore year in high school and has explored many topics over the course of his professional life. He believes that any area of study outside of philosophy must benefit from the methods and tools of philosophical reflection, and he coaxes students into adopting a probing, philosophical attitude toward whatever their majors may be. He enjoys great literature, great music, and great films, and he has stoutly refused to watch television since 1995. He permanently resides in the small Texas town of Wimberley, but lives in San Antonio during the week. Despite every well-meaning attempt to reform him, he remains hopelessly disorganized and defiantly inefficient.

A Causal Theory of ‘About’, Dissertation, Rice University (1987).

“Ethical Codes Are Not Enough,” with Michael Hyman and Richard Tansey, Business Horizons 33 (2):15–22.

“Objects in Space as Metaphor for the Internet,” Philosophy in the Contemporary World 9 (1): 83–88.

“Ethics and Cybersecurity on a College Campus,” Association for Practical and Professional Ethics, (2015).

“The Nicomachean Engineer,” Association for Practical and Professional Ethics, (2014).

“The Conflict between Business and Ethics,” New Mexico and West Texas Philosophical Society (1996).

“Money, the Environment, and the Hoarding of Wealth,” New Mexico and West Texas Philosophical Society (1995).