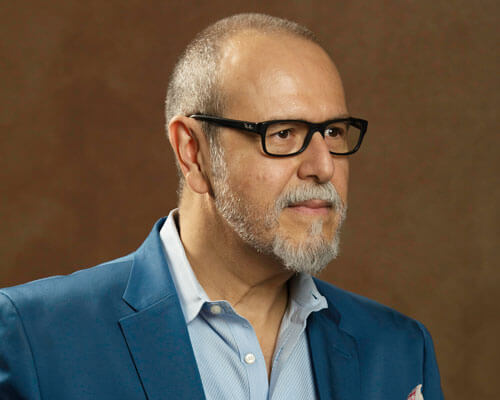 Ito Romo was born and raised on the border in Laredo, Texas. His recent work, dubbed “Chicano Gothic” and “Chicano Noir,” shows the dark and gritty life along Interstate 35 through South Texas, where his family has lived for nine generations. He is the author of The Border is Burning (2013) and El Puente / The Bridge (2001), published by University of New Mexico Press, and in German by Europa Verlag as Der Duft der Maulbeeren (2001). He has also been included in the Akashic Noir international anthologies series (Lone Star Noir, 2010). Most recently, Romo served as guest editor for the art and literature journal Arcadia, which he subtitled, The New Chican@, a resurgence of social realism in the writing of Mexican-Americans along the U.S. Mexico border. Romo received both a B.A. and an M.A. in English from St. Mary’s University and a Ph.D. in English from Texas Tech University’s Creative Writing Program. He lives in San Antonio and is Associate Professor of English and Communication Studies at St. Mary’s University, where he teaches Creative Writing, Mexican-American Literature, and Multi-cultural Literature.