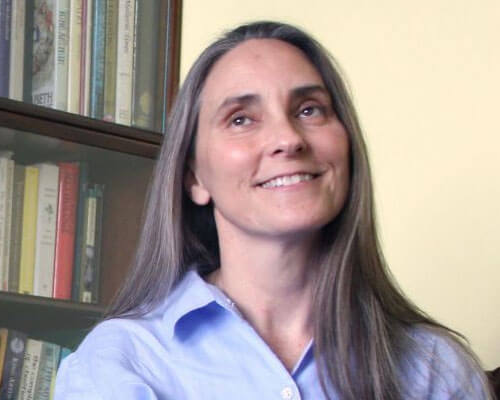 Mary Lynne Gasaway Hill, Ph.D., serves as a professor and graduate program director in the Department of English Literature and Language, as well as moderator for the chapter of Sigma Tau Delta, the international English Honor Society, and Internship Coordinator for the department. As a scholar, she has earned degrees across four disciplines (Linguistics, English, Political Science and Anthropology) and weaves theories and methods from each into her courses, undergraduate and graduate, as well as into her research. This interweaving is animated in her courses such as Language and Peace; Narrative Theory; Tolkien and Lewis: Mapping Friendship in Middle Earth, Narnia and San Antonio; the History of the English Language; and How English Works. It also allows her to assist students with integrating their intellectual life with their co-curricular experiences, in all of her courses, as they craft their personal, professional, and civic stories.

Stories of protest, in chants, poems, songs and prose, are the basis of Hill’s latest book, The Language of Protest: Acts of Performance, Identity, and Legitimacy (2018). Students, through the McNair Scholars and Summer Undergraduate Research Fellowship (SURF) programs, participated in the research, design, and publishing process of this project. Hill’s interest in protest is related to her work with the Corrymeela Peace and Reconciliation Centre in Northern Ireland, where she and her family spent a year volunteering (2010-2011), and she studied Gaeilge/Irish language, conflict resolution and ethical remembering. Over the past few years, she has served as a co-facilitator for Storywork: A Workshop in Narrative Practice at Corrymeela, exploring the transformative power of storytelling and narrative with students from nine different countries, with professions as diverse as physical therapist, social worker, lawyer, doctor, pastor and teacher.

Hill incorporates technology into all of her courses ranging from the production of e-portfolios including LinkedIn profiles, to sentence diagramming via Coggle and Prezi, to curating Pecha Kuchas, social media posts and videos into Scalar and into the University’s Digital Commons. Her Medieval Literature course produced a full-length movie, State Dinner Disaster, which brought to life characters from The Canterbury Tales and the Arthurian legends. Playing with various technologies in the classroom has fueled research articles such as “Digital Diagramming” in Practical Composition: Classroom Exercises for the Composition Instructor (2014) and in presentations such as “Negotiating Borders through Digital Collaboration” at the Bucknell Digital Scholarship Conference (2016).

Hill has presented at the most prestigious conference in her area, Critical Approaches to Discourse Analysis Across Disciplines (CADAAD) in Budapest, and published articles in the Social Science Journal, the Journal for Civic Commitment, the Journal of Catholic Higher Education, and Women & Language. She has also co-edited and written two other books, The Uncompromising Diary of Sallie McNeill, 1858-1867 (2009) and Stories from the Wake (2005), respectively.

For her animation of the university’s mission, Hill has received St. Mary’s University’s two highest faculty honors, the Distinguished Faculty Award and Marianist Heritage Award. She was one of only 12 lay participants nationwide invited to the Society of Mary’s recent assembly.

Author, “The Language of Protest-Acts of Performance, Identity, and Legitimacy.” Palgrave Macmillan. 2018.

Presenter, “From Eros to Death: The Discursive Strategies of Identity and Legitimation in the Diary of Bobby Sands.” South Central Modern Language Association. November 8, 2012.

Author, Stories from the Wake: The Revolutionary Responses of the Sodality of Bordeaux and Small Christian Communities. North American Center for Marianist Studies, Dayton, Ohio. 2005.