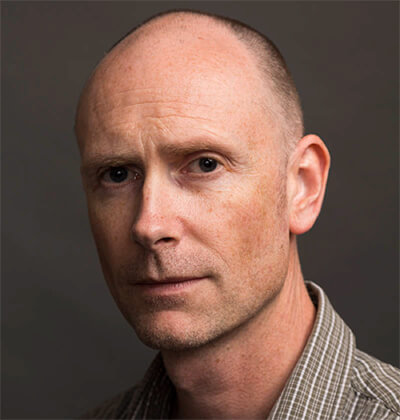 James Greenaway, Ph.D., holds the St. Mary’s Chair in Catholic Philosophy. Previously, he was the inaugural Charles H. Miller Sr., M.D., Chair in Human Dignity. The work of both Chairs aims to enhance the Catholic dimension and identity of St. Mary’s University and is housed in the Center for Catholic Studies, which promotes the study and appreciation of Catholic life and thought, as well as Marianist spirituality.

Aside from regular academic responsibilities, Greenaway has taught philosophy courses in TDCJ prisons that aim at restoring and cultivating an understanding of human dignity among inmates. He has also promoted awareness of human trafficking in south Texas with public events that have allowed victims and survivors of trafficking to tell their own stories. Greenaway has a philosophical commitment to liberal arts education in a Catholic setting, and currently runs seminars that promote self-appropriation and a dialogical search for the unity that underpins the uni-versity.

Greenaway holds degrees in philosophy and education. His dissertation in the field of medieval political philosophy was rewarded with a Ph.D. by University College Dublin. Following a year of further research, his book entitled, The Differentiation of Authority: The Medieval Turn toward Existence (Catholic University of America Press) explores some of the philosophical foundations of Western society, especially the emergence of the human person in the late medieval period as a source of autonomy, dignity, and rights. He co-wrote and edited Human Dignity, Education, and Political Society: A Philosophical Defense of the Liberal Arts, and his current book project concerns the meaning of belonging. It is entitled, Belonging: The Reciprocity of Persons, Politics, and Cosmos.

Belonging: The Reciprocity of Persons, Politics, and Cosmos (Under contract with The University of Notre Dame Press, publication date likely late 2022, early 2023)

The Differentiation of Authority: The Medieval Turn Toward Existence. Washington D.C.: Catholic University of America Press, 2012.

“Searching for History: A Review Essay of Wherefrom Does History Emerge? Inquiries in Political Cosmogony.” In Voegelinview.com, January, 2022.