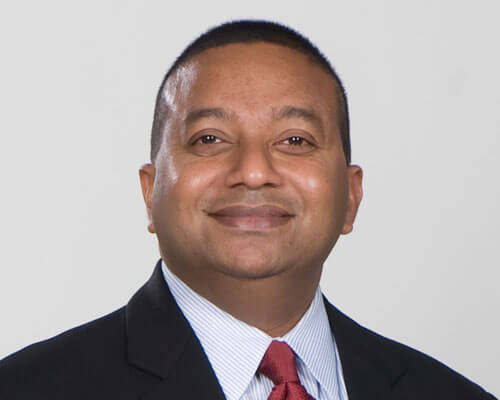 Winston Erevelles is a Professor of Engineering and Dean Emeritus of the School of Science, Engineering and Technology at St. Mary’s University. He served as dean for 12 years before returning to teaching.

Erevelles previously served at Robert Morris University in Pittsburgh. There his tenure included roles as Dean of the School of Engineering, Mathematics and Science, and Associate Vice President for Academic Affairs. He was the founding Director of the PRIME coalition – a partnership delivering innovative manufacturing education and career development in Pennsylvania. Prior to joining Robert Morris, he was the Director of the Manufacturing Engineering program at Kettering University (formerly General Motors Institute) in Flint, Michigan. He raised a total of $7 million at these two institutions to support education and research. He has worked as a manufacturing engineer and plant manager at Mikron Engineers in India where he was responsible for machining systems and maintenance operations.

Erevelles was recognized as a Fellow of the Accreditation Board for Engineering (ABET) in 2015, and is a recipient of the 2011 Texas Diversity Council Individual Award, the 2008 SME Education Award for contributions to the manufacturing profession, the 2005 Carnegie Science Center Award for Excellence – University/Post-Secondary Educator, the 1997 Rodes Professorship at Kettering University for research in robotic polishing, the 1996 Society of Manufacturing Engineer’s Outstanding Young Manufacturing Engineer Award, and the 1996 GMI Alumni Association Award for Outstanding Teaching in Manufacturing Systems Engineering.

Erevelles serves as an Adjunct Director of Accreditation for the Engineering Accreditation Commission (EAC) of ABET. He served on the commission and its executive committee from 2004 to 2015 and served as chair of EAC in 2013-2014. He has served as a manufacturing engineering program evaluator for EAC/ABET since 1997 and is a member of SME’s Accreditation Committee. He serves as an evaluator for the Commission on Colleges of the Southern Association of Colleges and Schools. He serves as a proposal reviewer for the National Science Foundation, the National Institutes of Health, and the Louisiana Board of Regents. He also serves on the Board of Directors for the Society of Manufacturing Engineers, the Leadership Advisory Council of the San Antonio Lighthouse for the Blind, the Education Committee of the San Antonio Manufacturers Association, and the Education Committee of the San Antonio Hispanic Chamber of Commerce. He has served as a member of the Board of Directors of the SME Education Foundation, as chair of the Grants Trustee Committee, and as secretary to the board. He has also served on the Board of Directors for Biomed SA and KIPP San Antonio.

Erevelles is married to Christine R. Erevelles, M.D., an emergency physician and medical director of the Baptist Emergency Hospital in Schertz. Erevelles and his wife have four children – David, Claire, Joseph and Michael.