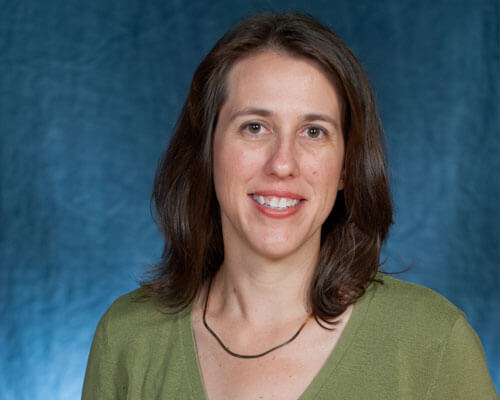 Susan Oxley, Ph.D., knew early on that she wanted to be a professor. By the time she was in college, her mind was already made up that one day it would be her leading a classroom of students.

As an Associate Professor of Chemistry at St. Mary’s University since 2007, she’s doing exactly that. A believer in educating through hands-on experience, Oxley frequently takes her students out of the classroom and into the laboratory.

When she’s not instructing chemistry courses, Oxley is focused on her own research projects involving chemosensors – chemical compounds that can be used to detect other chemical compounds. She is currently investigating a chemosensor that can sense the presence of metal ions such as calcium and magnesium, a technique that could one day be of great use for research like water analysis.

Oxley’s research interests are in the general field of surface chemistry. Her graduate studies involved generating and characterizing surface composition gradients by the electrochemical control of self-assembled monolayers on gold.

At Trinity University, Oxley studied thin films of low-temperature molecular solids using infrared spectroscopy. She studied the isotopic exchange of H2O and D2O on the surface of ice and hydrogen-bonding in mixtures of H2S and D2S at 70 K. At St. Mary’s, Oxley has an ongoing project studying the effect of surface confinement on the acid/base properties of thiol molecules.