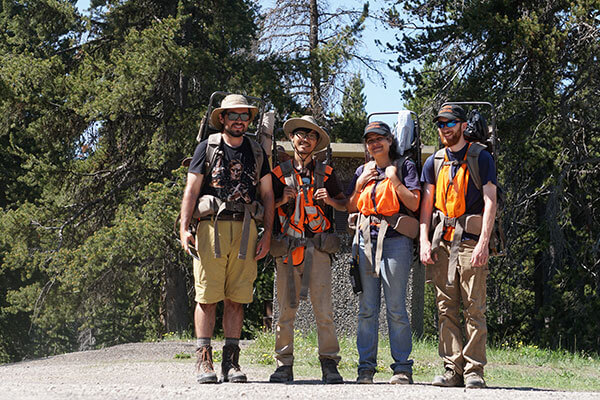 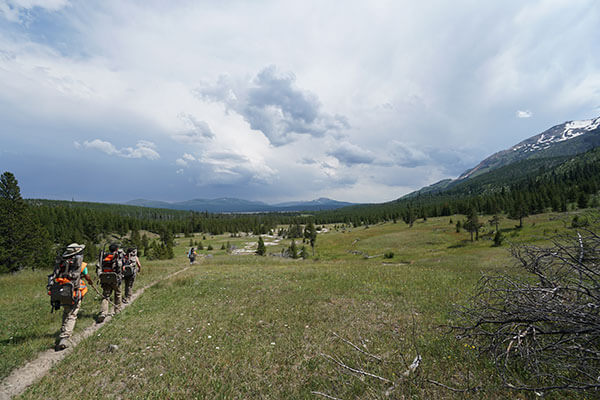 Mathematics and Physics junior Rebeca Gurrola and a small team of researchers hike a trail at Yellowstone National Park.

A small team of scientists, including St. Mary’s University student Rebeca Gurrola, embarked on a journey at Yellowstone National Park in Summer 2017. The sights at the nation’s first national park were wondrous to be sure: colorful hot springs, majestic mountains, huge geysers, lush forests. But danger was also afoot: heat waves, giant mosquitoes, torrential storms and bears (oh my!).

Their mission was to set up equipment at 45 locations in Yellowstone to collect magnetotellurics data — measurements of subsurface electrical and hydrothermal activity — to learn more about the park’s underground supervolcano. With this information, scientists can better discover how solar storms affect certain landscapes, which can then improve how and where structures on land are built.

“We had to hike to many of the research locations, some as far as 12 miles off the track,” said Gurrola, a senior Mathematics and Physics major. “Carrying around a 40-pound pack, I was really overwhelmed that first week. I had never been camping before.”

Gurrola (second from right) stands with some of her research teammates from other universities.

Gurrola, with “strong encouragement” from professors at St. Mary’s University, applied and was accepted into a Research Experiences for Undergraduates (REU) program through the National Science Foundation.

Gurrola said that while the method of magnetotellurics has been around for years, technology has only recently caught up, so the practice has gained popularity. Despite this, it took years for the Yellowstone project to be approved because of governmental red tape.

Gurrola comes from a tight-knit family from Tolleson, Arizona, and is the second-oldest of five siblings. Even as the valedictorian prepared to graduate from La Joya Community High School in Avondale, Arizona, her goals were only to attend community college and get a job.

“Being a first-generation college student, I didn’t have high expectations for myself,” she said.

But while participating in a college preparation program called AGUILA Youth Leadership Institute during high school, Gurrola met a staff member with a connection to David Krause, Director of Financial Assistance at St. Mary’s. That was how Gurrola first heard about St. Mary’s. 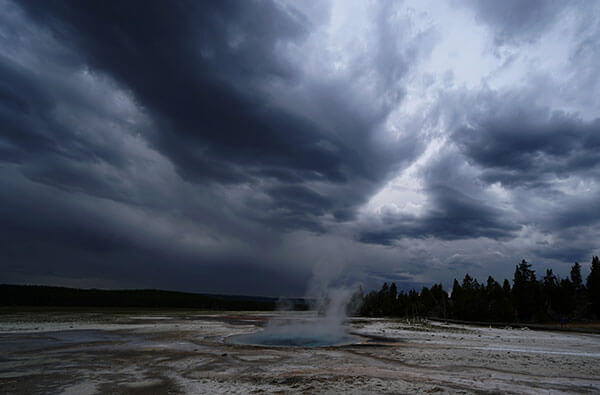 The Celestine Pool, a hot spring, at Yellowstone National Park.

“To be honest, I was determined not to go to St. Mary’s,” she said. “I wanted to stay close to my family. I applied to schools in New Mexico and Arizona.”

But as time passed, Gurrola eventually believed that St. Mary’s was right for her, so she took the plunge.

After her first year, she switched majors to Mathematics and Physics, realizing her favorite classes were in those subjects. Still, Gurrola didn’t think she was “smart enough.”

Though still dealing with self-confidence issues, Gurrola can now appreciate how she’s stepped up to the plate at the end of long weeks of studying — or, for example, after a hard day’s work collecting data on a supervolcano at a national park.

“My driver is my family,” she said. “I want to be a good example for my siblings. The sacrifices our parents (originally from Mexico) made for us — helping pay for our education, buying a house, providing food and clothing — were huge, and I want to help provide for them.”

Gurrola said she saw the different pathways geophysics could take her while presenting her summer research at an American Geophysical Union conference in New Orleans, with 20,000 people in attendance, and traveling with professors from the Department of Physics to Los Angeles to present at an American Physics Society conference. 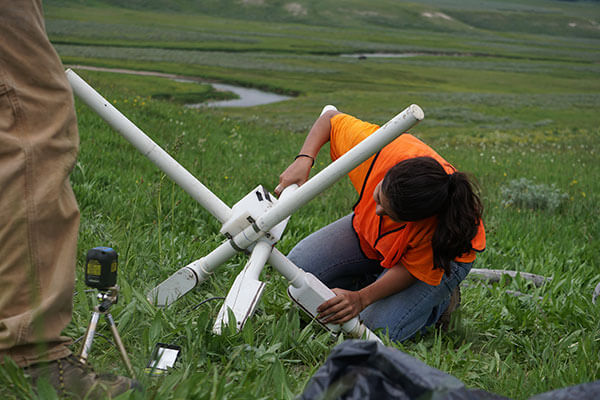 Gurrola was subsequently accepted into another REU program, through which she planned to spend this summer at Vanderbilt University in Nashville, Tennessee, on a nanomaterials and energy project.

Gurrola credits the family atmosphere at St. Mary’s, and the open-door policy of professors, as reasons for her success.

More from the Summer 2018 Issue 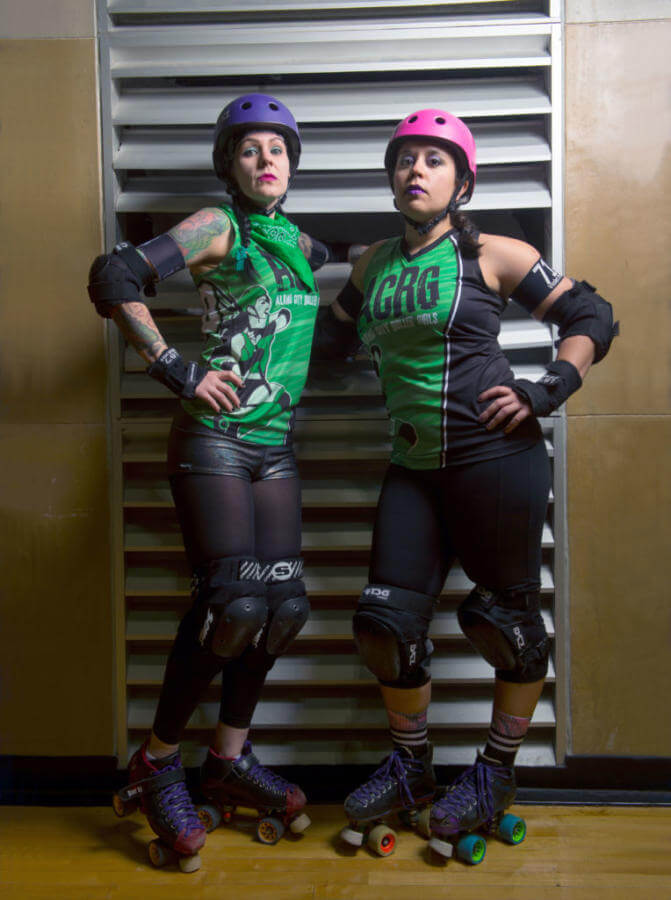 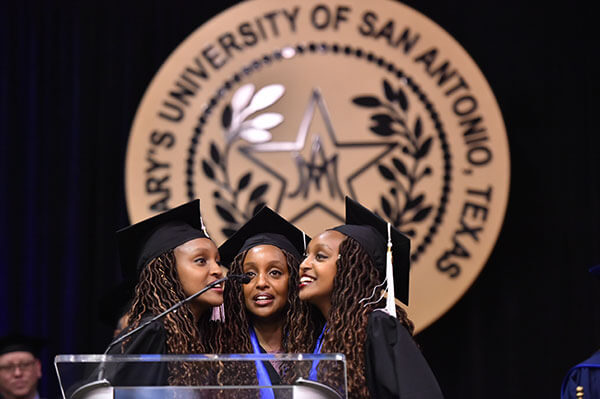 Triplet music grads give back through music

Four years ago and nearly 9,000 miles from San Antonio, the Moipei triplets — Marta, Magdalene (Maggy) and Mary — made the decision to attend St. Mary’s University. “By coming here, I feel like we changed the course of our future,” Maggy said. 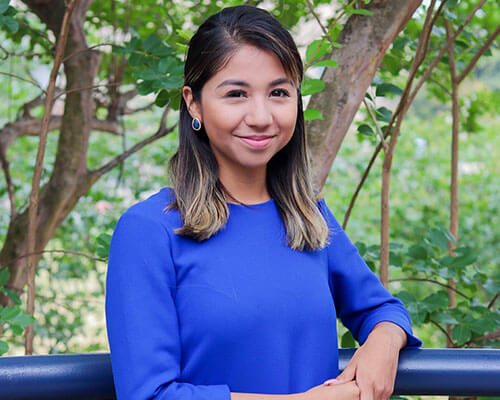 Michelle Michimani Leyva remembers asking her high school Spanish teacher if she could use glue and recalls how her teacher admonished her for using slang, rather than more formal language.