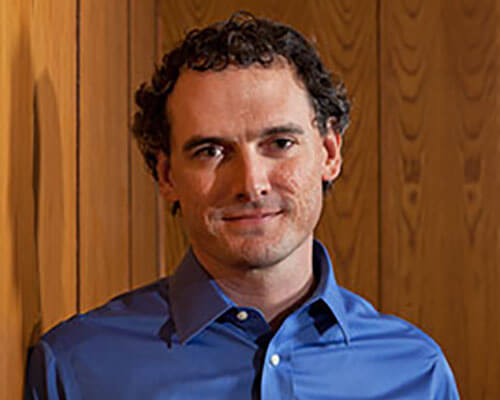 Todd R. Hanneken, Ph.D., studies the Hebrew Bible in the context of Jewish literature in antiquity, including the Dead Sea Scrolls, the non-canonical books, Josephus, Philo and Rabbinic literature.

His publications and presentations focus on apocalyptic literature and the Book of Jubilees, a book that was authoritative among the Dead Sea Scrolls but omitted from European bibles.

Hanneken teaches biblical and related Jewish literature in the context of the variety of interpretations in the Jewish and Christian traditions, historical-critical and contemporary-critical approaches.

Hanneken is the director of the Jubilees Palimpsest Project, an initiative that uses the latest imaging technology to make ancient books and manuscripts available to the public that have not be readable to the human eye for hundreds of years. His work has been supported by grants from the National Endowment for the Humanities.

“Moses Has His Interpreters: Understanding the Legal Exegesis in Acts 15 from the Precedent in Jubilees.” Catholic Biblical Quarterly 77 (2015), pp. 686–706.

“The Book of Jubilees in Latin.” In The Textual History of the Bible. Armin Lange, General Editor; Matthias Henze, Editor of Volume 2, DeuteroCanonical Writings. Leiden: Brill (2015).

The Subversion of the Apocalypses in the Book of Jubilees, Early Judaism and Its Literature 34. Atlanta: Society of Biblical Literature, 2012.

“The Status and Interpretation of Jubilees in 4Q390.” In A Teacher for All Generations: Essays in Honor of James C. VanderKam, edited by Eric F. Mason, Samuel I. Thomas, Alison Schofield and Eugene Ulrich. Supplements to the Journal for the Study of Judaism 153/I. Leiden: Brill (2012), pp. 407–428.

“The Book of Jubilees Among the Apocalypses.” Dissertation, University of Notre Dame, 2008. online

The Jubilees Palimpsest project is devoted to recovering illegible text from ancient manuscripts through new tools in digital archaeology.

The project will recover an ancient collection of books attributed to Moses and an interpretation of the Gospel of Luke. These writings reflect major movements and debates in early Judaism and Christianity. Later, they were rejected by the mainstream and nearly lost forever.

The technology allows Hanneken and the project team to distribute, without cost, not only the textual discoveries, but the experience of working with the manuscript as a cultural artifact. For many students and scholars, this interactive online copy will be the closest they come to handling a fifth-century manuscript.