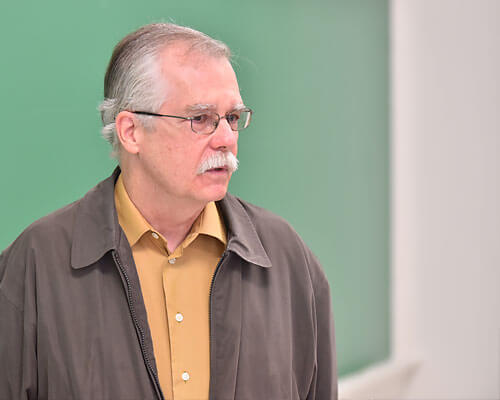 Poyo, a Professor of History, became the holder of the St. Mary’s University O’Connor Chair for the History of Hispanic Texas and the Southwest in 2017, a position he also held from 1992 to 1996 as a visiting professor before accepting a full-time position in the Department of History. As the O’Connor Chair his responsibilities include, yielding a more sustained focus on the history of Hispanic Texas and the Southwest, and enhancing the University’s visibility and authority in this area of study through research and programs. Currently, a lecture is held every fall and spring semester, often incorporating the history of Catholicism and the Catholic Church in Texas and the Southwest.

Born in New Jersey, Poyo grew up in Bogota, Colombia; Caracas, Venezuela; and Buenos Aires, Argentina. As a graduate student, he studied Latin American and U.S. Latino history. He worked as a research associate and curator at the University of Texas Institute of Texan Cultures at San Antonio before taking a faculty position at Florida International University in Miami in 1990.

Poyo teaches courses in colonial and modern Latin American history as well as U.S. ethnic and immigration history and the history of Latino communities in the United States.