A Q-and-A with Michael Galligan-Stierle, Ph.D. (B.A. ’72), President and CEO of the Association of Catholic Colleges and Universities 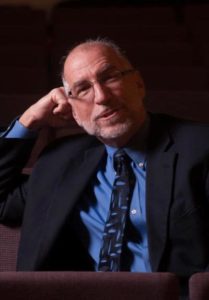 Q. Those on the outside might think that being Catholic in and of itself makes Catholic colleges unique. Is that how you see it?

A. There are a variety of unique gifts and charisms within the Catholic Church ­— Marianist, Jesuit, Dominican, Sisters of Mercy — and each of them interprets the gospels and higher education in a different way. They are in part Catholic; in part they are a certain way of being Catholic.

Of all college students nationally, 75 percent say that they believe that religion and spirituality are important. That is not just at Catholic schools, but all schools. Eighty percent want to develop a meaning in life and have a better understanding of how to navigate the waters in the real world. Catholic higher education brings answers to those questions that young adults have and brings forward a tradition started in the Middle Ages that integrates dialogue, reflective thinking and 2,000 years of Catholic Intellectual Tradition. That’s what sets us apart as different than any other institution.

Q. The University of Notre Dame — arguably one of the best universities, Catholic or not — recently ran a cover story in its magazine titled “Is College Worth It?” If Notre Dame can question the cost of a quality Catholic education, what does that mean for Catholic education in general? How do private institutions adapt to rising costs?

A. Is college worth it? Simply put: yes, in a very significant and pervasive way. Statistics point out that people with college degrees move into significant positions within society, they make more money and they are more stable. Now, what’s the value of a Catholic education within that?

In a world where college rankings are held in high esteem, Catholic higher education has much to contribute. How much more meaningful would lists be that incorporated success rates in service, citizenship, spiritual growth and vocational fulfillment?

Our grounding in Catholic values is not merely an esoteric distinction within the higher education sector; it is the foundation for our commitment to affordable success, especially for low- and moderate-income students. It is that commitment that keeps the median net price of college below $16,000 for our students with the lowest family incomes.

Q. A study by the ACCU found that graduation rates at Catholic universities are much higher than any other sector of higher education. Why is that, and what does it mean?

A. That means that we will get you to the finish line faster than any other. The statistics say that 21 percent complete their undergraduate education at public institutions in four years, while 44 percent finish in four years at Catholic schools. In short, our students graduate more quickly, saving them additional years of borrowing and enabling them to begin earning and repaying their loans faster.

What you get at Catholic colleges and universities is personal attention. We see our students through the eyes of human dignity and respect for the next generation. Catholic institutions attend to both academic and spiritual needs; they minister to the mind, the soul and the common good. Pope Francis recently told an audience of students and alumni that education “does not only broaden your intellectual dimension but also your human one.”

Q. You are a product of Catholic higher education. How has that influenced your life path?

A. My Marianist high school and college education has shaped my view of how to proceed in the world. Chaminade’s idea of companioning like a family, of listening well, that was very influential in my life path. Also important were the teachers I had and the values they shared, such as listening like Mary listened — valuing the common good and diversity. Chaminade’s sense that there was equality that emerged from that — it all influenced me pervasively. It helped me understand that we exist for the common good, to make the world and God’s creation a better place.

Q. Pull out your crystal ball: How do you expect that Catholic higher education will change in the next 10 to 20 years?

A. I think what’s going to happen is more of what we’re already seeing. There will be some partnerships that emerge looking at how people can learn faster and learn more. Is a 90-minute lecture needed to get from here to there? Is a textbook better, or would internal competition be more effective?

The past 35 years for Michael Galligan-Stierle have focused largely on campus ministry. His 1996 book, Gospel on Campus, is viewed as a standard for Catholic campus ministry in the U.S. His book Promising Practices: Collaboration Among Catholic Bishops and University Presidents highlights proven ways that bishops, diocesan agencies, and Catholic colleges and universities collaborate. Today, he is the president and CEO of the Association of Catholic Colleges and Universities (ACCU), which serves as the collective voice for Catholic higher education nationally.