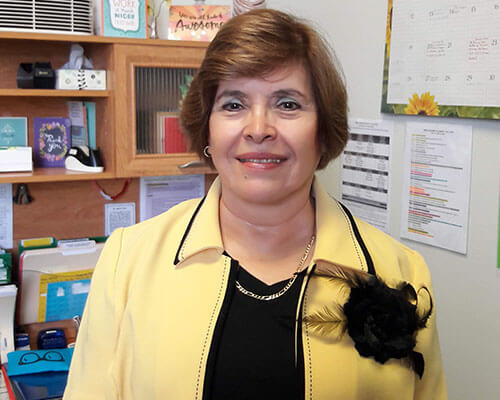 Professor Acevedo was born in Mexico where she spent most of her life. In 1998, she came to San Antonio where majored in Spanish at St. Mary’s University. In 2006, she obtained her Bachelor of Arts degree in Spanish. The following year, she began pursuing a master’s degree in Spanish at the University of Texas at San Antonio. She received her master’s degree in 2009. From that time on, she has worked in different schools and universities in the San Antonio area. She currently teaches introductory and intermediate Spanish classes in the Department of Languages at St. Mary’s University.