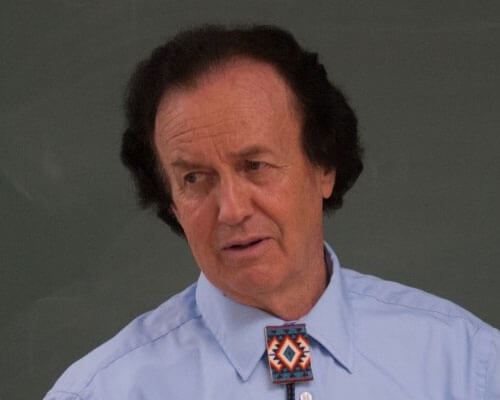 He taught Legal Studies in the Criminal Justice Program and Administrative Law in the Master of Public Administration Program at the University of Texas at San Antonio from 1994-2001. He also served as adjunct professor at San Antonio College, teaching Texas Peace Officer Law. He began teaching as an adjunct professor in the Criminal Justice Program at St. Mary’s University in 1996, and he joined the St. Mary’s faculty full time in the fall of 2001, teaching courses related to policing and American Indians and the Law. He administered a community college program at the Winnebago Indian Reservation in Nebraska, and he taught college classes at both the Winnebago and Omaha Indian Reservations. He was an outreach consultant to American Indian communities for the University of Iowa, and he served as president of the American Indian Law Students Association at the University of Iowa Law School before returning to the Winnebago Reservation as the tribe’s chief administrative officer.

He was the director of Institutional Research and Management Information Services at Westmar College. He was associate director of the National Maternal and Child Health Resource Center and an analyst for the Budget and Management Office of the City and County of Denver. He was also an analyst for the Colorado Supreme Court in the State Court Administrator’s Office and a senior staff associate for the National Center for State Courts. He served as local evaluator and principal investigator for several U.S. Department of Justice grants related to community policing.

He is the faculty sponsor for Alpha Phi Sigma, the National Criminal Justice Honor Society, and works with student researchers through the St. Mary’s University McNair Scholars Program.