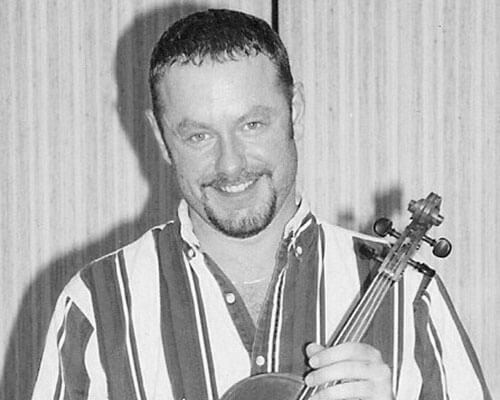 Described by Robert C. Marsh of the Chicago Sun Times as “a composer of considerable imagination and talent,” Michael Twomey began composing at 13 at the suggestion of his piano teacher. At 17, he became the youngest recipient of a grant from the Montana Arts Council. His list of works from 1985 to 2011 number more than 80 in various genres ranging from orchestral music to works for solo instruments, piano, and chamber music with various instrumental combinations.

After graduating with high honors from the University of Montana (where he received a full scholarship to study composition with Donald O. Johnston and violin with Walter Olivares), he was one of 20 national recipients of a Community Concerts Young Artist Fellowship which covers total tuition to the school of the student’s choice. After master’s studies at Northwestern University, where he was a student of Stephen Syverud and Alan Stout, he went on to receive the Doctor of Musical Arts degree from the Peabody Conservatory of the Johns Hopkins University where he was also a member of the Goucher College Chamber Orchestra and Baltimore Chamber Orchestra.

After completing studies at Peabody, as a student of the late Morris Moshe Cotel, he served as a faculty member at Northern Michigan University, Dickinson College, Our Lady of the Lake University (where he received the Provost’s “Over the Top” Award for excellence in service to the university community), and received a teaching fellowship to West Virginia University. Post-doctoral studies were continued with George Tsontakis and Justin Dello Joio during 1995-1996. Twomey has been the recipient of many awards in composition, among these are awards from NACUSA, SCI, Mu Phi Epsilon, the William Faricy Award for Creative Music, the Lowdes Maury Award in composition, with grants from the Peabody Institute, American Music Center, the Urban Institute, and the Geiling Foundation.

He continues to be active as a professional violist, with a special focus on chamber music. Several professional and non-professional ensembles have commissioned him to compose pieces. Twomey has had his music premiered/performed in 28 of 50 U.S. states, as well as performances in Canada, Australia, and the Czech Republic. His music is published by SCI/C.F. Peters, Brazinmusikanta Publications, and Ars Nova Press.