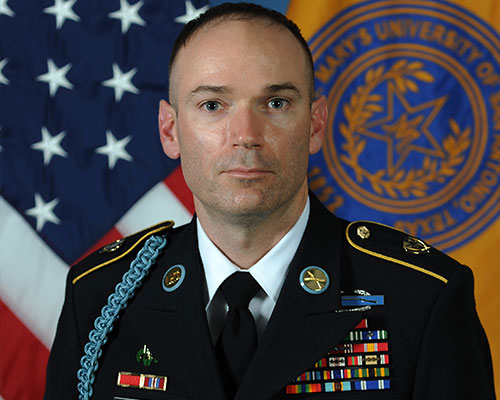 SFC Lucas W. Eggert enlisted in the Army in 1999 and attended Basic Training and Advanced Individual Training as an 11B (Infantryman) at Fort Benning, Georgia. His initial assignment was to the 1st Battalion, 12th Infantry Regiment in Fort Carson, Colorado, where he served as a squad automatic gunner, Bradley driver and gunner. He was promoted to the rank of sergeant during a deployment to Kuwait where he served as a team leader.

In June of 2010, he was reassigned back to Germany to serve with the 170th Infantry Brigade Combat Team as a combat advisor during Operation Enduring Freedom from 2011 to 2012. Upon redeployment he was reassigned to 3rd Squadron, 3d Cavalry Regiment in Fort Hood, Texas, where he served as a platoon sergeant in Ironhawk Troop from 2012 to 2015. Eggert again deployed to Afghanistan in support of Operation Resolute support from 2015 to 2016. Upon redeployment he was selected to serve as a Senior Drill Sergeant at Fort Sill, Oklahoma with the 1st Battalion, 31st Field Artillery Regiment from 2016 to 2018. After completing this assignment he was then assigned as a Military Science Instructor at St. Mary’s University.