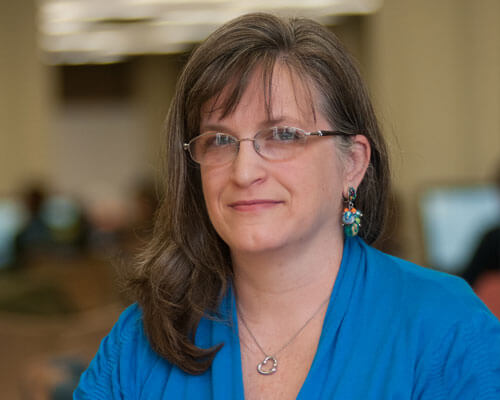 Kathleen Maloney, Ph.D., loves watching students’ transformations during this dynamic stage in their lives. She fosters a collaborative learning environment where students can come together to openly discuss and share ideas. But she also believes that some of the most valuable experiences in a college student’s life take place outside the classroom. That’s why she is the faculty adviser for Dumbledore’s Army, a student organization of fans of the Harry Potter series by J.K. Rowling. In her spare time, Maloney delivers meals weekly for Meals on Wheels and trains for half marathons with Team in Training.

“Studying the Past, Envisioning the Future: Teaching History via William Morris’ News From Nowhere,” The Journal of William Morris Studies, September 2007.