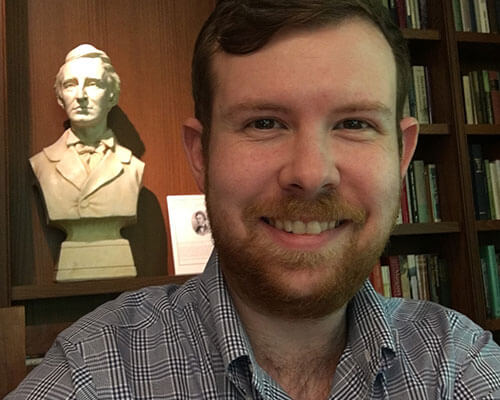 He is finishing a monograph, The Perfecting of Nature: Reforming Bodies in Antebellum Literature, which is scheduled to be published by the University of North Carolina Press in the fall of 2020. His essays on the intersections of literature, science, and medicine have been published in Early American Literature, Leviathan: A Journal of Melville Studies, and The Nathaniel Hawthorne Review.

The Perfecting of Nature: Reforming Bodies in Antebellum Literature. Forthcoming from the University of North Carolina Press.