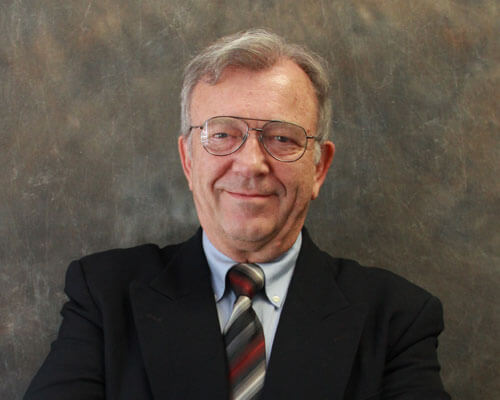 John Drabier is a Visiting Professor of Finance in the Greehey School of Business at St. Mary’s University. He graduated from the University of Kansas in 1974. He was commissioned an Ensign in the United States Navy. In 1976, Drabier was assigned to the amphibious fleet aboard LKA-115, the USS Mobile, for two years during which he deployed twice. The first time he was deployed off of the Republic of Vietnam and participated in Operation Eagle Pull where the U.S. and Vietnamese were evacuated from Saigon aboard the amphibious vessels assembled offshore.

Upon being honorably discharged from the navy in 1978, Drabier married his first wife (Renee) and worked and studied business at Arizona State University (1979-1980). In 1980, he enrolled at Thunderbird School of Global Management and studied international business and finance. He graduated in 1981 and accepted a training position with Caterpillar Tractor Company at the World Headquarters in Peoria, Illinois. In 1989, Drabier began his career in financial services as a stock broker/financial planner for EF Hutton in San Antonio, Texas, and has since worked for: Prudential Financial Securities, Principle Financial Group, Raymond James and Associates, and the New England Financial Group. His responsibilities have included: marketing financial products and services to individuals, businesses, and financial institutions, managing the financial assets for over 300 clients, conducting Initial Public Offerings for companies going public, and enrolling corporate personnel in both Defined Contribution and Defined Benefit Plans.

In 2003, Drabier decided to teach finance and investments as an adjunct faculty concurrent to working as a financial planner. In 2006, he became a full time Professor of Finance at St. Mary’s. Drabier is married to Janice Martin-Drabier and has two step-children, Brian and Sara.