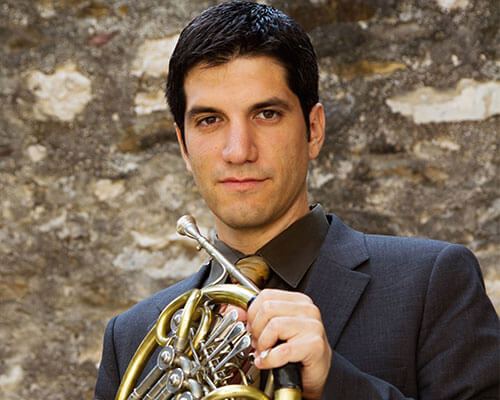 Garza has appeared as a soloist with the San Antonio Symphony, the Britt Orchestra, and the Festival Mozaic Orchestra and has been a featured artist at music festivals, horn workshops and chamber music series throughout the United States including the Menlo School Summer Brass Institute, Chamber Music International, Concordia Chamber Players, Cape Cod Chamber Music Festival, Cactus Pear Music Festival and the Texas Music Festival. He is a core member of the Olmos Ensemble, a chamber music group made up of San Antonio Symphony principal musicians.

Garza earned a Bachelor of Music degree from Rice University’s Shepherd School of Music and is an alumnus of the Interlochen Center for the Arts where he was awarded an Emerson Scholarship and the Young Artist Certificate, Interlochen Arts Academy’s highest artistic honor. He is currently the Instructor of Horn at St. Mary’s University in San Antonio.