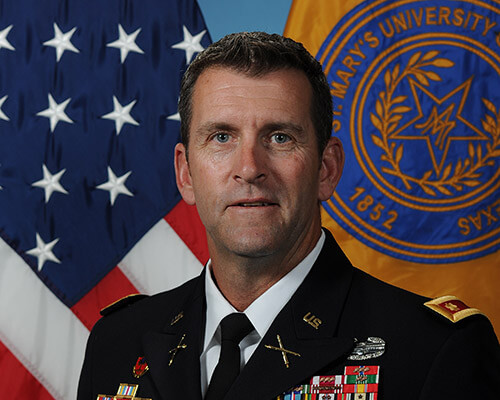 Maj. James Ferguson is a 13A Field Artillery Officer. He is originally from Queen Creek, Arizona, and graduated with a Bachelor of Science in Business Management from Grantham University in Kansas City in 2007.

Ferguson attended the Officer’s Candidate School at Fort Benning, Georgia, and was commissioned as a second lieutenant to the Military Intelligence Branch in 2008. His first officer assignment was with the 3rd Brigade Combat Team, 101st Airborne Division, Fort Campbell, Kentucky, where he served as the company fire support officer and deployed to Afghanistan in support of OEF X.

In 2011, Ferguson attended the FA Captain Career Course (FACCC) at Fort Sill, Oklahoma. From 2011 to 2013, he was assigned as the battalion fire support officer for 1/75 Cavalry Regiment, 101st Airborne Division, Fort Campbell, Kentucky, and deployed to Afghanistan in support of OEF XII.

In 2013, he was assigned as the Battalion Assistant Operations Officer for 1/320th Field Artillery Regiment, Fort Campbell, Kentucky. From 2013 to 2015, he was assigned as company commander for HHC 526 Brigade Support Battalion and rear detachment commander during OEF XVI. Ferguson arrived to Military Entrance Processing Station, Sioux Falls, South Dakota, where he served as the operations officer from 2015 to 2018.

From 2018 to 2019, he attended resident intermediate level education (ILE) at Fort Leavenworth, Kansas. Ferguson is currently the operations officer and Assistant Professor of Military Science at St. Mary’s University.

Ferguson is married to the former Maria V. Valdez of Queen Creek, Arizona. Ferguson and Maria are extremely proud parents of their two sons, Jimmy and Justin.