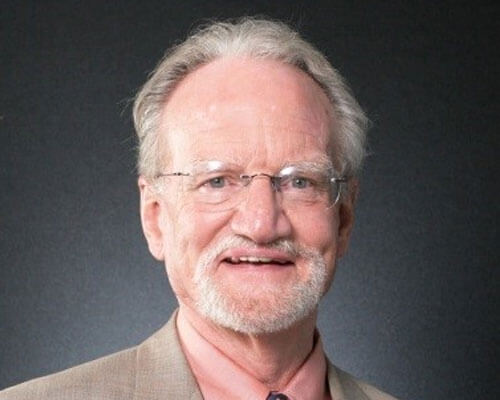 Serving under nine U.S. presidents, Ambassador Creagan began his career at the Agency for International Development under President Kennedy and was appointed to the Foreign Service by President Lyndon B. Johnson. During a diplomatic career spanning three decades, he held positions as Chargé d’Affaires and Deputy Ambassador to Italy and, separately, the Holy See; Consul General in Sao Paulo, Brazil; Political Counselor in Brasilia and Portugal; U.S. Consul in Naples, Italy; political/labor officer in U.S. Embassies in Lima, Mexico City, San Salvador and Rome. He was named U.S. Ambassador to Honduras by President Clinton in 1996. In 2009, under President Obama, Ambassador Creagan served as Chargé d’Affaires to Bolivia and Chief of the US Mission there. In November 2009, he was an International Observer for presidential elections in Honduras.

Creagan retired from the Foreign Service in 1999, and became president of John Cabot University in Rome, Italy. Under his leadership the university more than doubled its enrollment, and it achieved American accreditation. In August 2005, he was appointed President Emeritus upon retirement. He was a Guest Scholar at the Kellogg Institute of the University of Notre Dame in fall 2005. In January 2006 Ambassador Creagan joined the University of the Incarnate Word as Ambassador in Residence and professor of International Affairs. In January 2016, Ambassador Creagan was named the Ambassador Eugene Scassa Visiting Professor of International Diplomacy at St. Mary’s University, San Antonio, Texas.

Creagan’s awards include Honorary Citizen of Honduras, Boston Archdiocese’s Caritas Christi Award for Humanitarian Service, Cavalier of the Order of St. Gregory from the Holy See and the Italian Order of Merit, Commendatore, along with numerous U.S. government awards.

Ambassador Creagan is a member of the Cosmos Club of Washington, D.C. He serves on the Board of the San Antonio World Affairs Council, the Latin American Advisory Council of the University of Notre Dame, the Texas Water Mission and the Fulbright Association of San Antonio. He is a Trustee of Hiram College, Ohio. He also mentors St. Mary’s undergraduate and graduate students seeking careers in international public diplomacy and international non-governmental organizations as well as organizations like the Organization of American States.