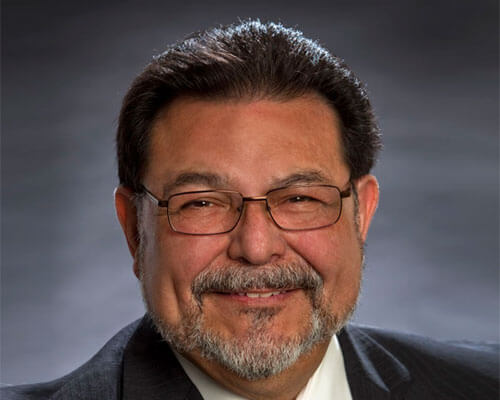 Alex Briseño retired as City Manager of San Antonio in March 2001 after serving almost 11 years in office. As Chief Executive Officer, he managed the administration of a full-service municipal government as directed by City Council and oversaw an annual budget of $1.2 billion. Mr. Briseño supervised the activities of all City departments with 12,000 employees, serving a community of more than 1.1 million residents and 417 square miles. During his tenure as City Manager of San Antonio, Mr. Briseño worked under four different mayors and 39 city council members.

After a national search, he was appointed City Manager in April 1990. His career with the City started in 1977 as Assistant to the City Manager and in 1980 he became Assistant City Manager, ultimately supervising almost every City department. Prior to City government, he earned the rank of Captain while serving in the U.S. Army, including as Aide-de-Camp to the Commanding General of the Army Medical Research & Development Command in Washington, D.C.

Since his retirement, Mr. Briseño has been appointed Professor of Public Service in Residence at St. Mary’s University where he teaches graduate courses in Public Administration. In addition, he frequently addresses participants in public and private sector professional development seminars. He also has provided municipal consulting services for Estrada Hinojosa and Co., an investment banking firm, the North American Development Bank, and other clients. He has also served short-term appointments as Interim President of the San Antonio Hispanic Chamber of Commerce, Interim President/Chief Executive Officer (CEO) of the San Antonio Water System, Interim President/CEO of the San Antonio Technology Accelerator Initiative (SATAI) Network, and Interim Executive Director of the Brooks Development Authority. He also served for over five years as Chairman of the Board of Trustees for the San Antonio Water System and has been a member of the Board of Managers for the Bexar County University Health System since 2001. He was Chairman of the San Antonio Hispanic Chamber of Commerce in 2013.